The 11 NIH scientists who signed the FAES Articles of Incorporation on July 2, 1959 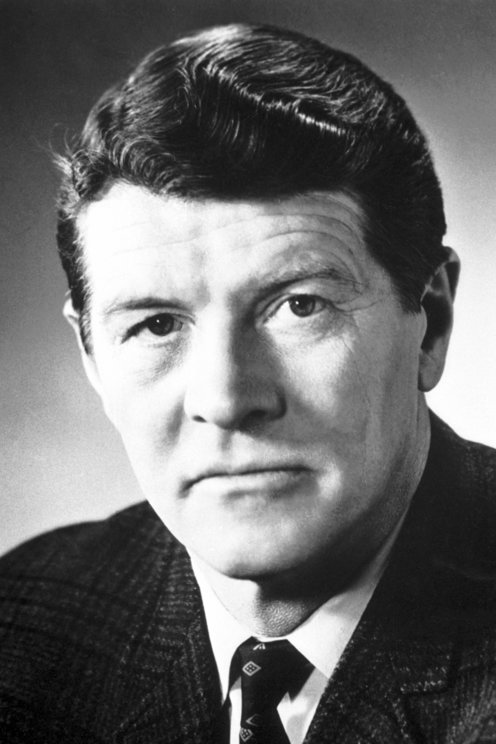 Dr. Anfinsen won the 1972 Nobel Prize in Chemistry for his work on ribonuclease. Anfinsen and his colleagues at  Rockefeller University (with whom he shared the prize) demonstrated that the protein could be synthesized in the laboratory, which led to the first synthesis of an enzyme from chemicals in the laboratory. Dr. Anfinsen earned a bachelor's degree in chemistry from Swarthmore College, a master's degree in organic chemistry from the University of Pennsylvania, and his PhD in biochemistry from Harvard Medical School. In 1950 he was recruited to the National Heart Institute as chief of its laboratory of cell physiology, and was subsequently appointed chief of the laboratory of chemical biology at the National Institute of Arthritis and Metabolic Diseases. Dr. Anfinsen published more than 200 original articles and a book, The Molecular Basis of Evolution (1959). He was a pioneer of ideas in the area of nucleic acid compaction. He belonged to the National Academy of Sciences, the Royal Danish Academy of Sciences and Letters, and the American Philosophical Society. 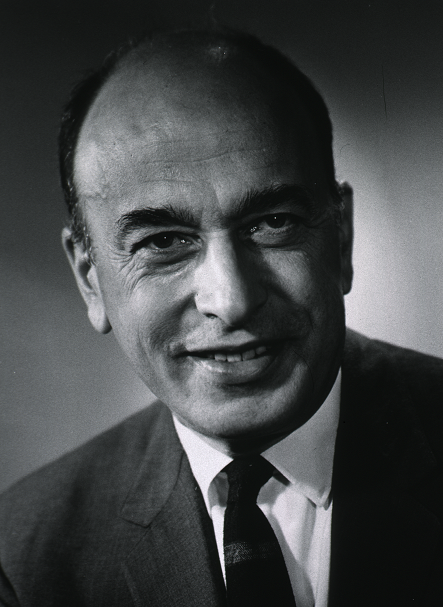 Dr. Berliner, an internationally renowned renal physiologist whose research contributed to understanding the control of the excretion of sodium and potassium salts, was the first NIH deputy director for science. For 12 years (1950-62), he was chief of the Laboratory of Kidney and Electrolyte Metabolism, NHI, and from 1954 to 1968 served as the institute's director of intramural research. Prior to joining NIH, Dr. Berliner was assistant professor of medicine at Columbia University, and research associate with the New York City department of hospitals. He received his bachelor's degree from Yale University and his MD from Columbia University. Dr. Berliner was elected to the National Academy of Sciences in 1968. Other honors include the PHS Distinguished Service Award (1962), the Homer W. Smith Award (1965), the Modern Medicine Award for Distinguished Achievement (1969), and the American Heart Association's Research Achievement Award (1970). 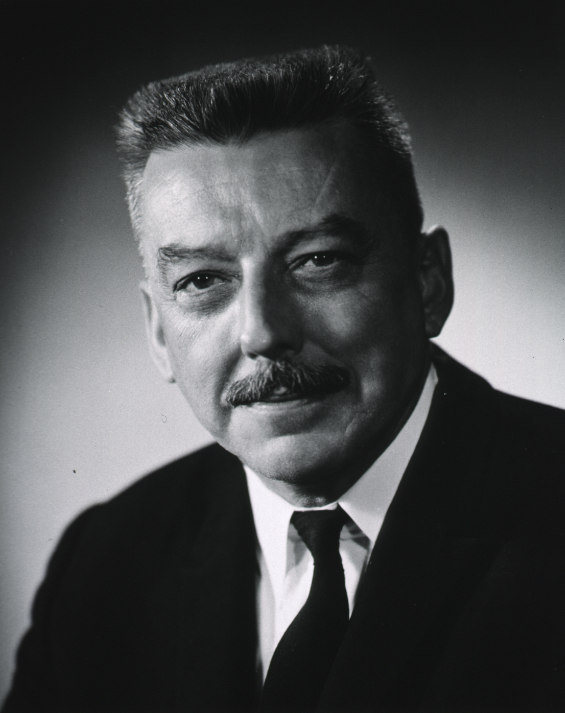 Dr. Brown served as Chief of the NIH Clinical Center's Clinical and Professional Education Branch. He subsequently became director of the National Institute of Occupational Safety and Health in Washington, D.C. until retiring in 1970. Upon his retirement, Dr. Brown served as health commissioner of the city of Chicago until 1979. He attended William and Mary College and the University of Virginia. Dr. Brown completed his internship at the US Marine Hospital in Baltimore, M.D. 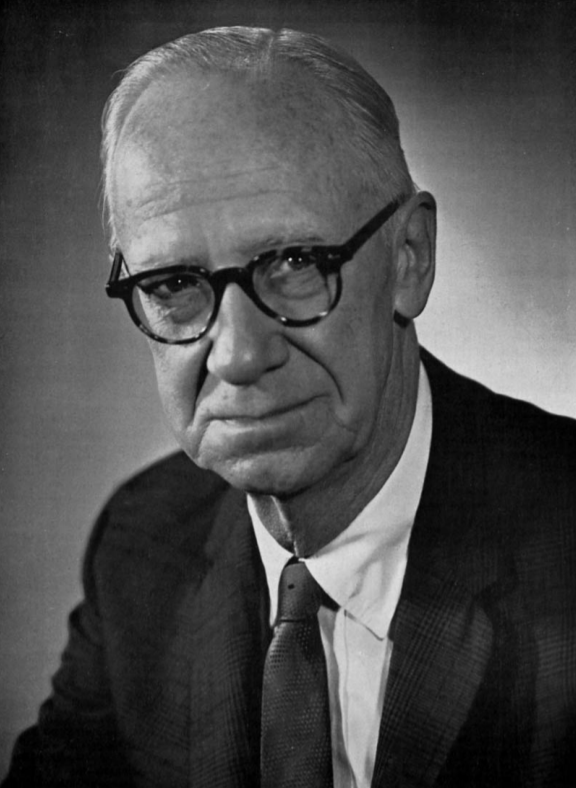 Called the "father of biophysics," Dr. Cole was a world-famous authority on the biophysics of the nervous system and one of the first scientists to apply the techniques and concepts of physics to the study of living cells. His studies of the transmission of nerve impulses are credited with leading to the rapid advances in neurophysiology seen during the 1930s and 1940s. He was the organizer and director of the Laboratory of Biophysics, National Institute of Neurological Diseases and Blindness (now NINCDS) from 1954 to 1966. Dr. Cole was awarded the National Medal of Science in 1967 and named a Foreign Member of the Royal Society of London in 1972. The Kenneth S. Cole Medal was established in his honor by the United States Biophysical Society and is presented annually to an outstanding scientist studying cell membranes. Dr. Cole was a past president of the Biophysical Society, as well as a fellow of the Academy of Arts and Sciences, and a trustee of the Marine Biological Laboratory at Woods Hole, M.A. He was also a member of the Council of the American Physiological Society. Dr. Cole graduated from Oberlin College. He earned his PhD in physics from Cornell University in 1926. 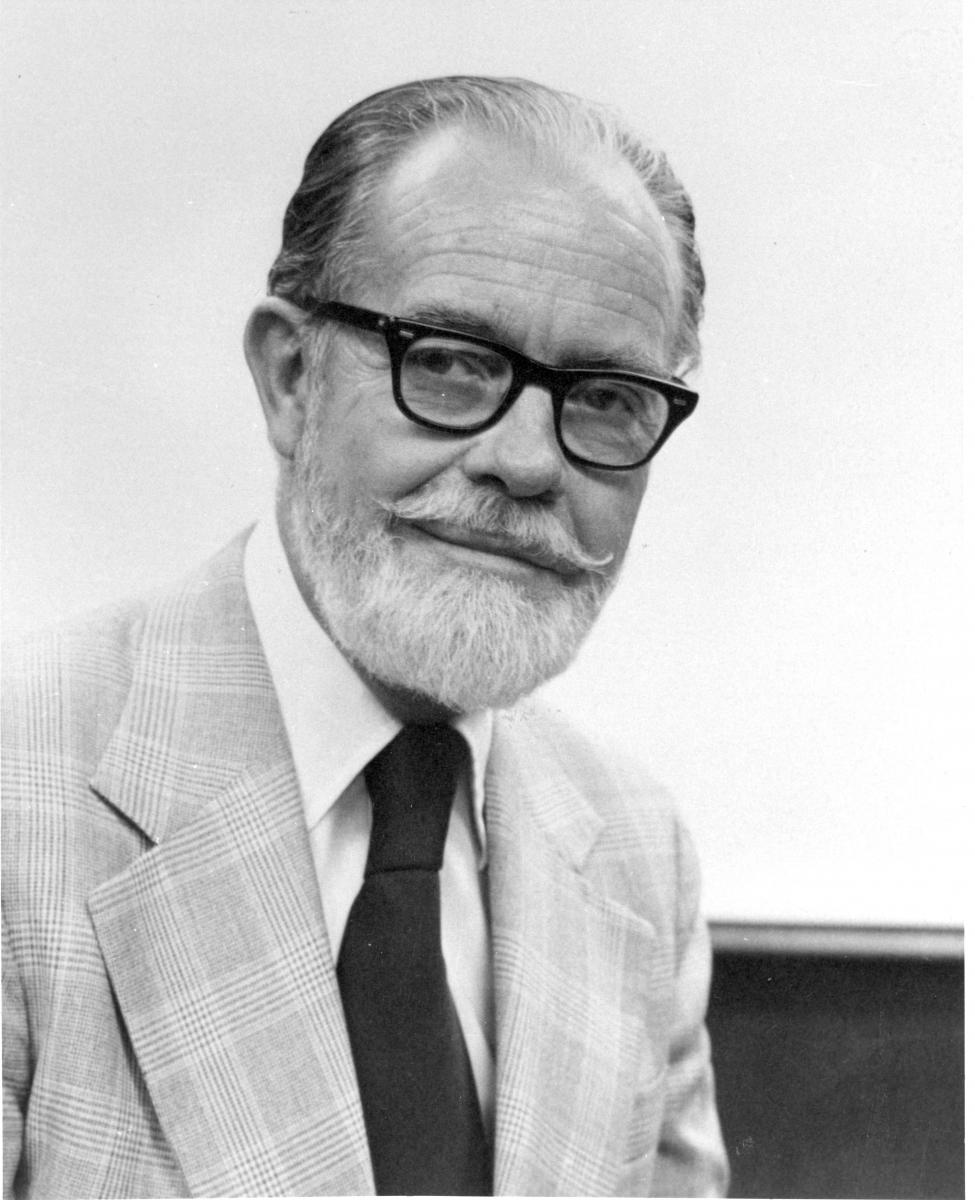 Dr. Cole was an internationally recognized research leader in streptococci and streptococcal diseases. He is noted for his discoveries on the mechanisms of bacterial cell division. Based on his observations of streptococci, Dr. Cole developed widely accepted theories on the possible modes by which new cell walls are formed in growing bacteria. His studies opened new pathways for exploring aspects of streptococcal pathogenicity. He was also instrumental in defining a vast new group of mycoplasmas and in discovering viruses and plasmids. Dr. Cole joined the public health service in 1949 and spent his entire NIH career in NIAID, ultimately serving as chief of the Laboratory of Microbiology and the Laboratory of Streptococcal Diseases. Cole was awarded the PHS Meritorious Service Medal in 1971. He earned his PhD from Harvard University and his MD from Boston University. 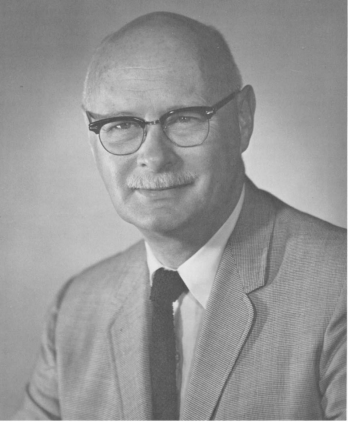 Dr. Fletcher was a renowned chemist whose long and thorough research into the use of benzyl ethers led to the preparation of a large number of extremely useful intermediaries including synthesis of a nucleoside of great interest to cancer therapy. He came to the NIH in 1945, and in 1951 became Chief of the Section of Carbohydrates. Dr. Fletcher was considered an excellent teacher with a superior research philosophy, and was an avid participant in the newly established NIH Visiting Program, whereby he trained more than 30 postdoctoral fellows and and visiting scientists. He authored or coauthored more than 170 scientific papers, was an invited lecturer at many international meetings, and chaired the first Gordon Research Conference on the Chemistry of the Carbohydrates. Dr. Fletcher sat on numerous committees and editorial boards and received the C.S. Hudson Award from the American Chemical Society. He earned his bachelor's degree and PhD in organic chemistry from MIT. 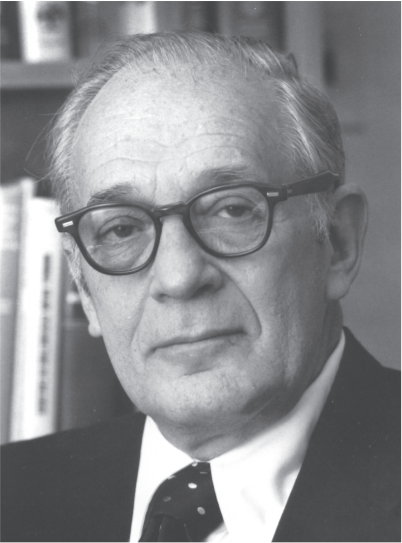 Dr. Kety has been credited with making modern psychiatry a rigorous and heuristic branch of medicine by applying basic science to the study of human behavior in health and disease. He is best known for his pioneering studies of global and regional cerebral blood flow and oxygen consumption in the human brain. He was the first scientific director of the National Institute of Mental Health (NIMH) and produced the most-definitive evidence for the essential involvement of genetic factors in schizophrenia. Dr. Kety attended college and medical school at the University of Pennsylvania, earning his MD in 1940. He was a key figure in the development of biological research in psychiatry, a member of the American Academy of Arts and Sciences and National Academy of Sciences, and the recipient of numerous awards including the Ralph W. Gerard Prize, Society for Neuroscience, The Georg Charles de Hevesy Nuclear Medicine Pioneer Award, Lifetime Achievement Award, International Society for Psychiatric Genetics and an Award for Special Achievement in Medical Science from the Lasker Foundation. 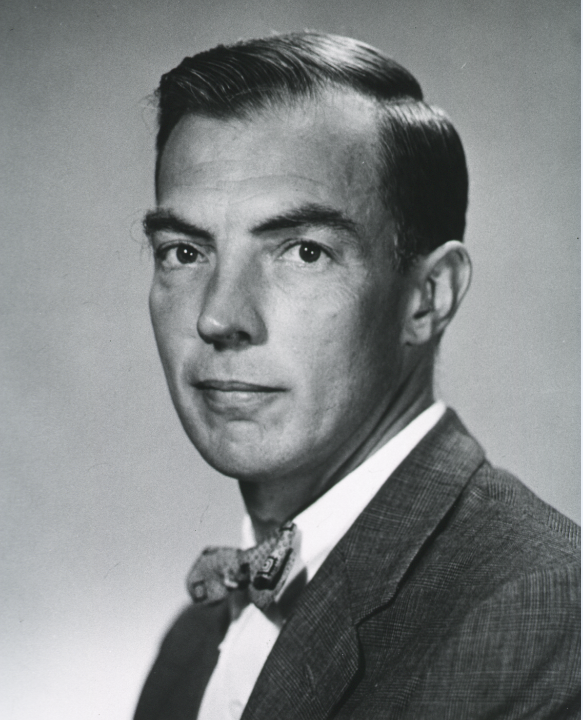 Dr. Livingston was founding chairman of the first Department of Neurosciences in the world, at University of California San Diego. He was appointed scientific director of both the Mental Health Institute and the Neurological Diseases and Blindness Institute at the NIH in 1956, and was also Director of his own research unit, the Laboratory of Neurobiology. Dr. Livingston helped advance the field of quantitative brain mapping. He developed and improved an early technique to map activity in the brain from cutting and photographing sections to display two-dimensional views, which, paired with animated films, made prize-winning color films of neural structures and activity of nerve cells. The aim was to add computer readout that would quantify volumes for comparison between individuals and species, a vision that seeded the endeavors to build computerized atlases of the brain through the Human Brain Project. Dr. Livingston intended large-scale synthesis of information about the brain, from the underlying genomics to behavior, to help understand the nervous system. He earned his bachelor's and MD degrees from Stanford University. 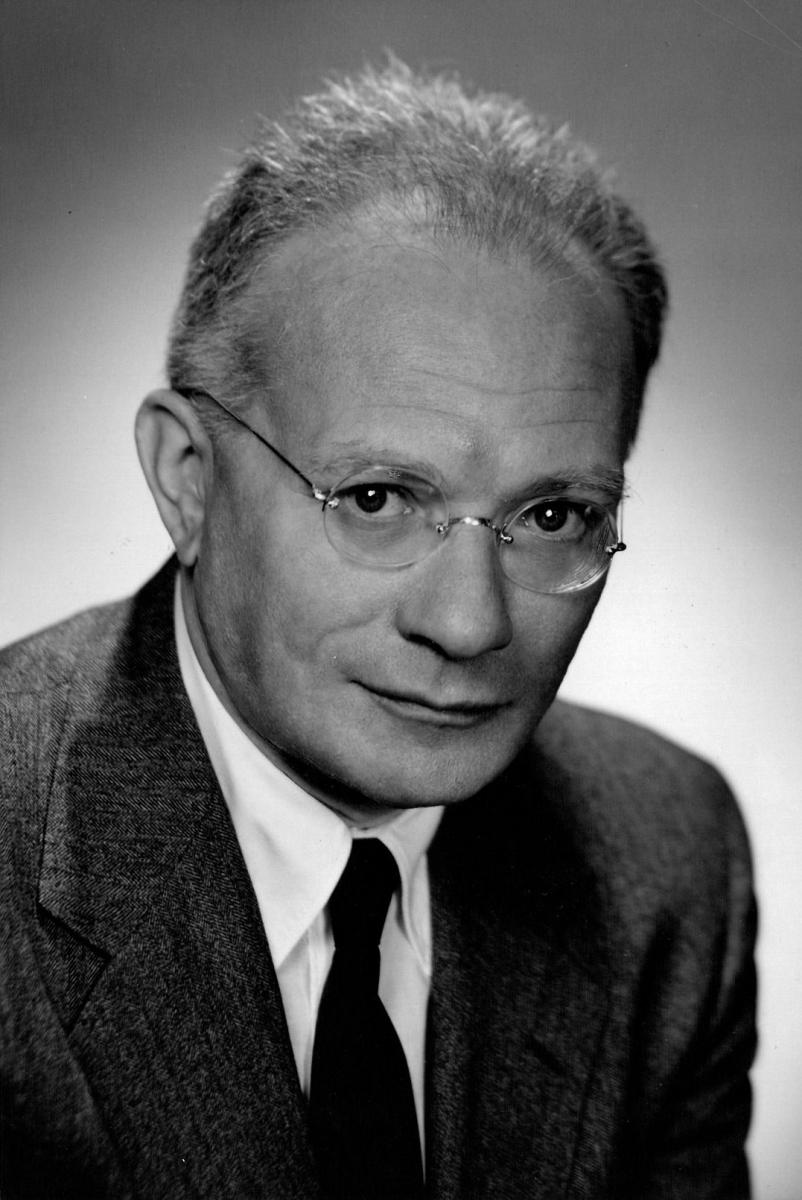 Dr. Shakow was a pioneer in the study of schizophrenia. He is best known for developing the Scientist-Practitioner Model of graduate training for clinical psychologists, adopted by the American Psychological Association in 1949, and for creating one of the first US clinical psychology internship programs in Worcester, MA. Dr. Shakow influenced the creation of the NIMH Laboratory of Psychology at NIH, where he served as chief of clinical, developmental and experimental psychology from 1954 until 1966. Dr. Shakow received the American Psychological Association's Distinguished Scientific Contribution Award in 1975 for his research on schizophrenia. He earned his bachelor's, master's, and PhD degrees from Harvard University. 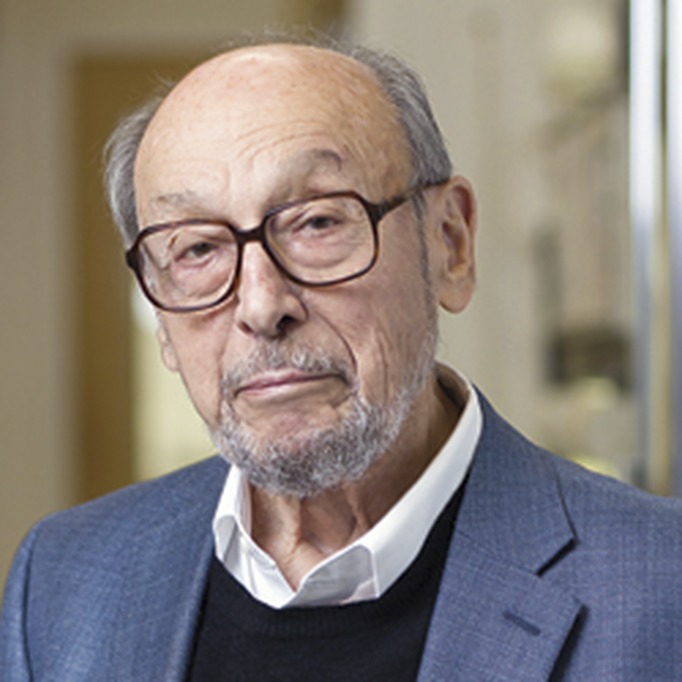 Dr. Steinberg is one of the founders of the modern fields of cholesterol and atherosclerosis and a leading figure in advancing the concept that lowering cholesterol will reduce the incidence of heart attacks. He joined the NIH in 1951 and for the next 17 years headed a laboratory that performed fundamental research on lipid and cholesterol metabolism. He was principle investigator of the Lipid Research Clinics Coronary Primary Prevention Trial, whose positive results led to subsequent clinical trials that validated “lower is better” for cholesterol levels in reducing risk for atherosclerotic disease. Dr. Steinberg was influential in launching the commercial development of statins to treat hypercholesterolemia. He chaired the 1984 NIH Consensus Development Conference on Lowering Blood Cholesterol to Prevent Coronary Heart Disease, which for the first time proclaimed a national goal to lower blood cholesterol. This was extremely important for the decisions of pharmaceutical companies to develop statins, the major cholesterol-lowering drugs in use today. Dr. Steinberg earned his MD from Wayne State University and his PhD from Harvard University. 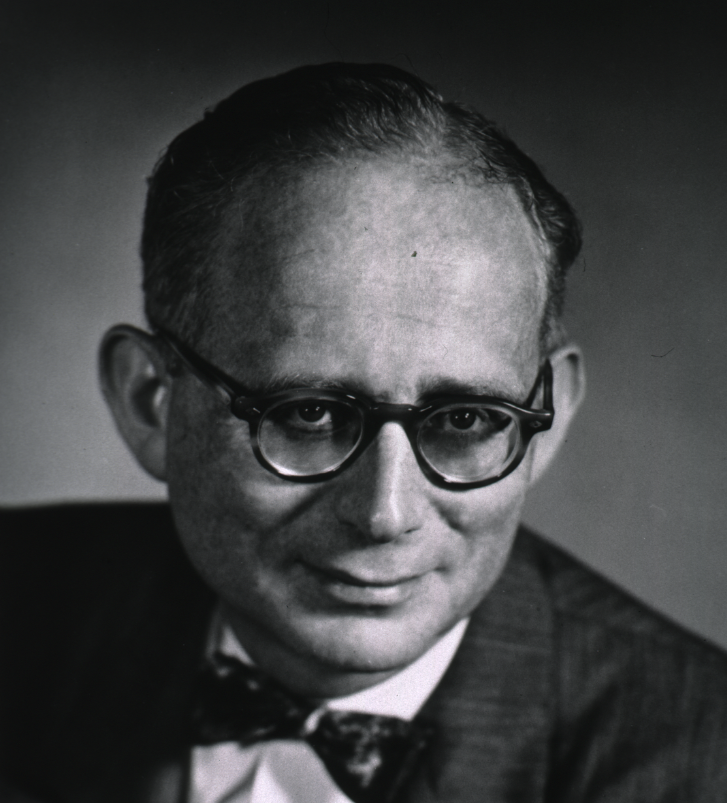 Dr. Stetten was an eminent medical educator and researcher in metabolic diseases. From 1954 to 1962 he was associate director in charge of research at the National Institute of General Medical Sciences. After serving as the first dean of Rutgers Medical School, he returned to NIH and in 1974 was made deputy director. In 1979 he became senior scientific adviser. Dr. Stetten developed research guidelines for experiments in the transplantation of DNA from one organism to another, the developing field of genetic engineering. Among Stetten’s many contributions to biochemistry is the classic text, “Principles of Biochemistry,” which he coauthored in its first and second editions. He also edited the book, NIH: An Account of Research in Its Laboratories and Clinics, which contains scientists’ personal accounts of historical NIH research. In 1987 the NIH museum of medical research, whose creation Stetten spearheaded, was dedicated in his name. Dr. Stetten’s many honors and awards include three honorary doctor of science degrees, the 1957 Banting Medal from the American Diabetes Association and the 1974 Gold Medal for Distinguished Achievement in Medicine from Columbia University. He was elected to the National Academy of Sciences in 1974. Dr. Stetten received his bachelor’s degree from Harvard College and both his MD and PhD degrees from Columbia University.